The Thermoforming Division also produces punching and trimming machines for thermoformed pieces, that are mainly used in the appliance industry either in In-Line arrangements and Dedicated Islands. 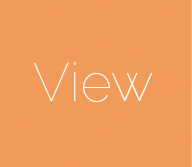